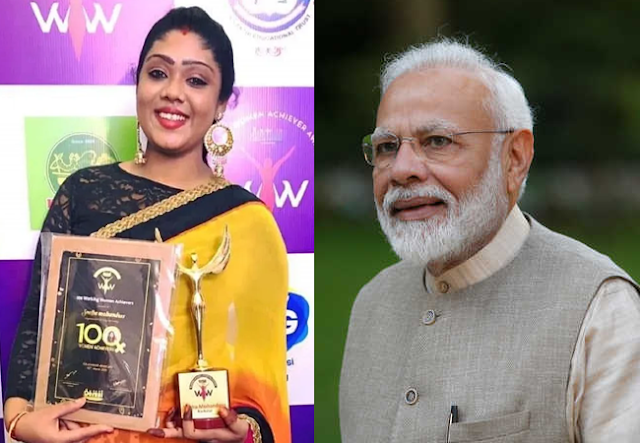 According to the earlier announcement by PM Modi today, on the occasion of International Women's Day, he has given his social media account to women. Sneha Mohan Doss first tweeted on Twitter @narendramodi handle. She tweeted a video stating that she is the founder of the Food Bank.

Sneha Mohan Doss said that she founded the Food Bank in 2015 before the Chennai floods. Its main objective is to fight hunger and make India a country where no one is hungry. She also told where she got the inspiration to open a food bank. She said, 'On Grandpa's birthday and special occasions his mother used to call the children home and distribute food. I wished to take it forward.

You heard of food for thought. Now, it is time for action and a better future for our poor.

Hello, I am @snehamohandoss. Inspired by my mother, who instilled the habit of feeding the homeless, I started this initiative called Foodbank India. #SheInspiresUs pic.twitter.com/yHBb3ZaI8n
— Narendra Modi (@narendramodi) March 8, 2020


Sneha Mohan Doos told in the video that she works for Food Bank by connecting with people on Facebook. She created a Facebook page called Food Bank - Chennai and appealed to people to create a Facebook page in the name of their states, cities. On his appeal, food banks opened in 18 such places in India and one in South Africa.

The food bank volunteers take the raw material for food and then distribute the food among the poor. People who prepare more food than the family needs in their homes and store fresh food in the food bank.

Greetings on International Women’s Day! We salute the spirit and accomplishments of our Nari Shakti.
As I’d said a few days ago, I’m signing off. Through the day, seven women achievers will share their life journeys and perhaps interact with you through my social media accounts.
— Narendra Modi (@narendramodi) March 8, 2020

International Women's Day: Earlier, PM Modi tweeted and saluted Nari Shakti and handed over her social media accounts for the day to 7 women who have inspired people with their courage and passion. PM Modi said, 'Women who have achieved extraordinary success in every region of the country. They have done great work in different fields. Millions of people are inspired by their struggles and aspirations. Let's celebrate the successes of such women and learn from them. '

Stay away from rumors related to Coronavirus, say namaste instead of shaking hands: PM Modi


If your money is also stuck in Yes Bank, then know these 4 big things

Shahrukh told Delhi Police why he was firing during the Delhi violence.