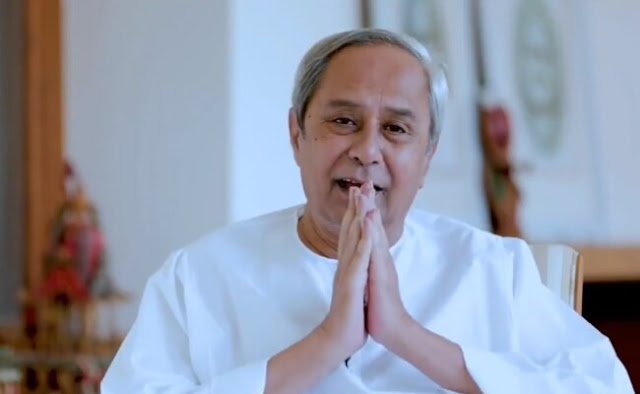 Coronavirus COVID-19: The Odisha government has extended the lockdown period amid the ongoing havoc of the coronavirus in the country. Even before the 21-day nationwide lockdown is over, the Odisha government has decided to extend the corona lockdown to 30 April and become the first state in the country to do so. The Chief Minister of the state Naveen Patnaik announced this. He said that till June 17, all educational institutions in the state will also remain closed. At the same time, he has appealed to the Central Government not to start the train and air service till April 30. Let us know that Prime Minister Narendra Modi has announced the lockdown till 14 April.

This decision of the Odisha government has come at a time when the central government is considering pursuing a nationwide lockdown. However, Prime Minister Narendra Modi said in talks with political parties on Wednesday that it is not possible to remove the lockdown on 14 April. It is believed that after a meeting with the Chief Ministers on Saturday, PM Modi can take the final decision regarding the lockdown. But the way states' requests are coming, it indicates that the lockdown will be extended.

The decision on corona lockdown can be done on Saturday

Prime Minister Narendra Modi has called a meeting of Chief Ministers of states for the second time to consider the Coronavirus crisis. The meeting will be held on Saturday 11 April through video conferencing. It is believed that in this meeting Prime Minister Narendra Modi will take the final decision on the issue of lockdown. This will be the second time when the Prime Minister will hold direct talks with all Chief Ministers on the issue of Coronavirus. Earlier, after implementing a 21-day lockdown in the country, PM Modi had discussions with the CMs of every state and inquired about preparations to deal with Corona. At the same time, government sources had said that the government is considering extending the lockdown period after receiving requests from several states.

Odisha CM Naveen Patnaik has requested the Centre not to start train and air services till April 30th; Educational institutions in the state to remain closed till June 17th. https://t.co/z5R4a8Cyap
— ANI (@ANI) April 9, 2020

So far 45 cases of coronavirus have been reported in Odisha. According to new data released by the Ministry of Health, the number of coronavirus-infected in Odisha is 45. Two of these people have been treated and discharged from the hospital, while one has died.

Corona's position in the country

The number of coronavirus-infected cases in India has risen to 5,734, while a total of 166 people have died due to the epidemic in the country. According to data released by the Ministry of Health, a total of 5095 people are currently infected with COVID-19 infection, while 472 people who were fully healthy after treatment have been discharged from the hospital. Maharashtra is currently the worst state with a total of 1,135 active cases. 117 patients have been discharged from hospital after recovering, while 72 people died in the worst-hit state so far due to the epidemic.