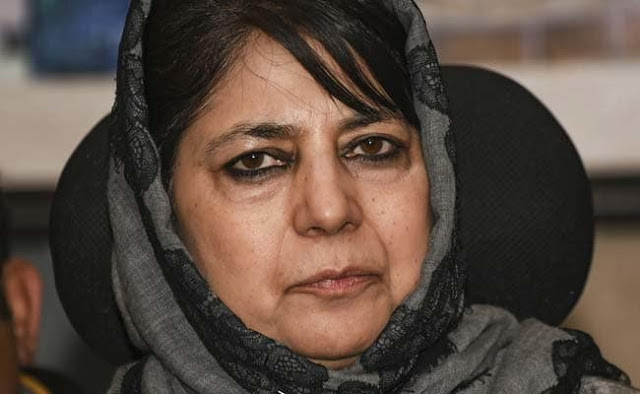 Former Jammu and Kashmir Chief Minister Mehbooba Mufti have been shifted from temporary jail to her house. However, she is not exempt from custody. She was detained before the decision to remove Article 370 from Jammu and Kashmir. She is currently under custody under the Public Safety Act.

Earlier, former Jammu and Kashmir Chief Minister Farooq Abdullah and his son Omar Abdullah have been released. PSA was also imposed on these two, which was withdrawn last month. Farooq and Omar Abdullah had appealed to release all the detained leaders, including Mehbooba Mufti.

Under the Public Safety Act, which came into existence in Jammu and Kashmir in 1978, a person can be jailed for 6 months without trial. The state government may extend this period to 2 years. It has two provisions. The first threat to public order and second to the security of the state. Under the first provision, one can be imprisoned for six months without trial and two years under the second provision.